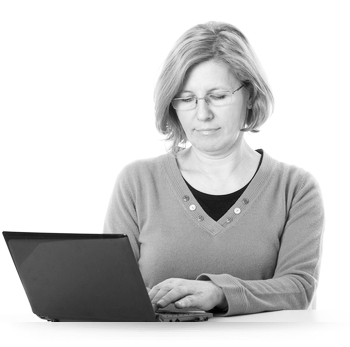 Autism is a developmental disorder that causes impairments across a wide range of functioning areas.  Symptoms can include dysfunction in language development, social interaction skills, and abnormal patterns of behavior. Research has shown that a diagnosis of autism at 2 years of age can be reliable, valid, and stable. Parents of children with Autism Spectrum Disorder (ASD) typically notice a developmental problem before the child’s first birthday, including concerns about vision and hearing, differences in social, communication, and motor skills.

Autism is often referred to as a spectrum disorder.  This is due to the wide range of functioning areas that can be impaired, which causes autism to present differently among various children.  Some children with autism fail to develop language appropriately, while others develop some language, and then regress.   Many children with autism are quite affectionate, but have difficulty interacting appropriately with others.  A relatively large percentage of children with autism exhibit some degree of sensory impairment.  They may have unusual reactions to physical sensation such as being overly or under sensitive to touch, sight, hearing, smell or taste. Behavioral patterns also vary greatly, with some children exhibiting an insistence on sameness and/or rigidities, repetitive body movements (e.g., hand flapping, rocking), inappropriate play (e.g., lining up toys, making patterns with items), unusual attachments to objects, and the repetition of stereotyped behaviors or language.  Furthermore, many children have frequent and severe tantrums, are aggressive and/or engage in self-injurious behaviors. Many of these behaviors, however, change or disappear over time.

In addition to the diagnosis of autism, about 83% of children will also have another developmental, psychiatric, neurologic, chromosomal, and genetic diagnosis. The majority of children with ASD do not have an intellectual disability. There are no medications that can cure or treat the core symptoms of ASD, but some medications can help people with ASD function better. Early intervention continues to be the critical factor in improving the development of a child with ASD. These services can begin as early as the first months of life. Even if a child is not yet diagnosed with ASD, therapy can be provided for kids who are identified as being at risk of having developmental delays. While there is an emphasis on the significant positive impact that early intervention can have, it is never too late to provide an individual on the spectrum with therapy. There are a range of services that are currently available which meet the needs of individuals across the lifespan.

According to the Centers for Disease Control and Prevention (CDC), autism spectrum disorders (ASD) is estimated to occur in about 1 in 88 children. It is 5 times more common among boys (1 in 54) than among girls (1 in 252). It knows no racial, ethnic or social boundaries. Family income, lifestyle and education levels do not affect the chance of autism’s occurrence. A small percentage of children born prematurely or with low birth weight are at greater risk for developing ASD and children born to older parents are at a higher risk for ASD.

After LEARNING the basics of Autism, the next step in LEAP would be to
EVALUATE ABA Services »