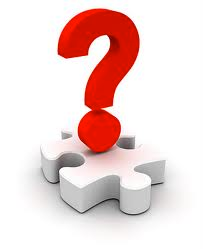 Several older theories about the cause of autism have been proven false. For instance, autism is not a mental illness, nor is it caused by a child’s refusal to behave. Parents cannot cause autism by failing to bond appropriately with their child or making poor childrearing choices.

Presently, medical researchers are exploring different explanations for the causes of pervasive developmental disorders; no one specific cause of autism has been identified. Several studies have revealed structural differences between the brains of children and the brains of their neurotypical peers. These structural differences, however, are not observed in every case. There also appears to be a pattern of autism or related disabilities in some, but not all families, which suggests a genetic basis for the disorder. Researchers believe that there may be a cluster of genes that predisposes people to autism, but so far, no specific gene has been identified. Numerous studies have been carried out since 1999 looking at the link between Autism and Vaccines. All together, these studies which spanned the globe, covered a total of over 14 million cases. The studies had one unanimous finding; there is no link between childhood vaccinations and Autism.